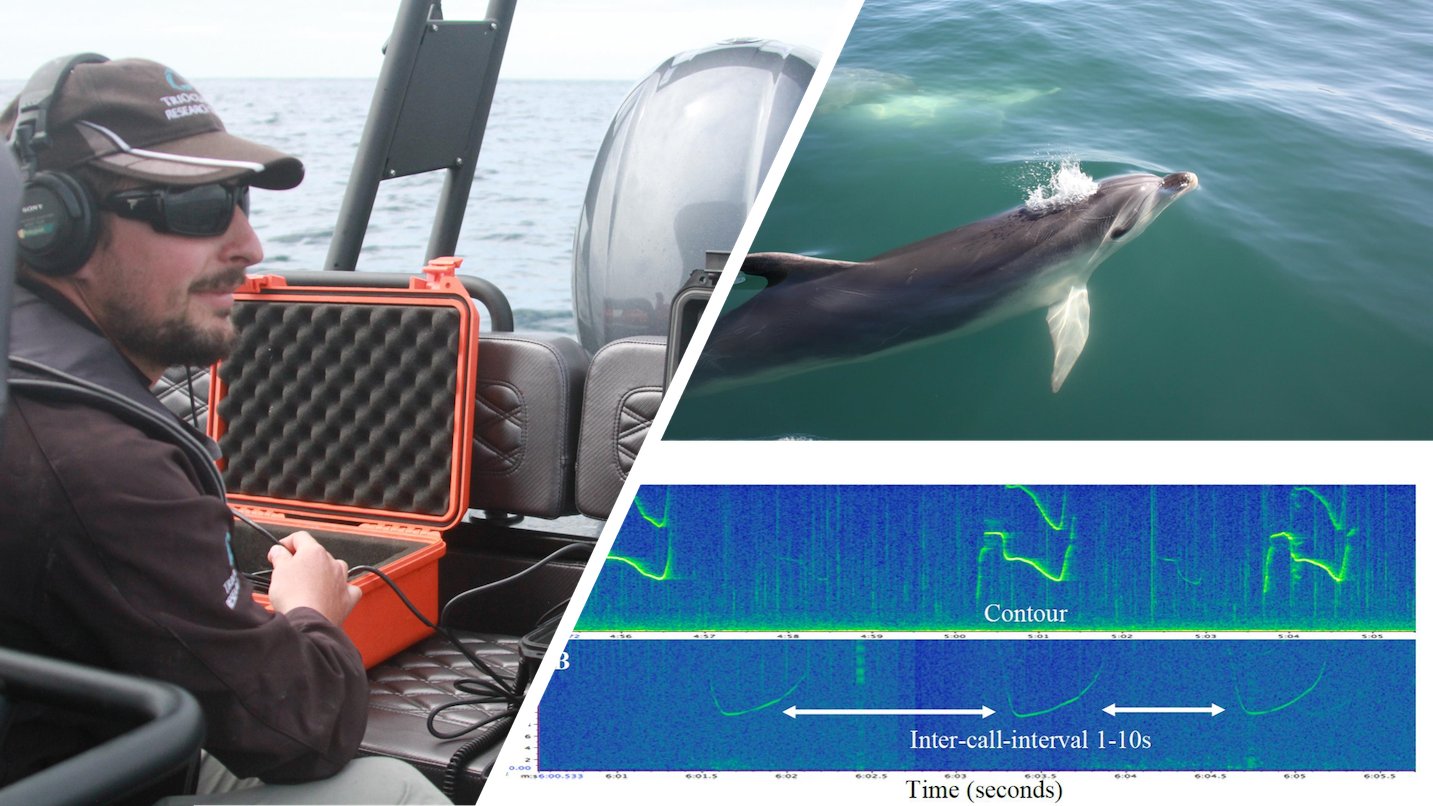 Dolphins communicate with whistles, clicks and buzzes. In a world where visibility is rarely more than a few meters, sound is the way to go to find each other… or other species!

Similarly to bats, dolphins use echolocation to precisely detect their prey. That is the reason behind their bulbous head: a sac of oil called the melon helps produce their whistles and clicks.

Little is known about the significance of each sound… however, we do know dolphins use something similar to a name: the “signature whistle”. Each individual dolphin has its own signature whistle, and calves will often imitate their mothers’, with their own unique tempo of course!

The TriOceans team has been recording those sounds using hydrophones to better understand those communication systems, and were able to identify how the sounds change depending on what is going on around them (behaviour, presence of boats or other species and more). 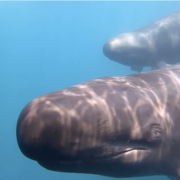 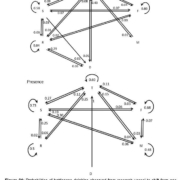 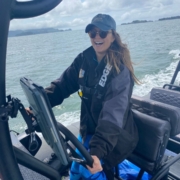 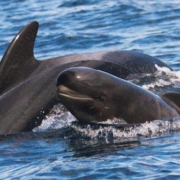 Join the TriOceans team as a research intern
Scroll to top